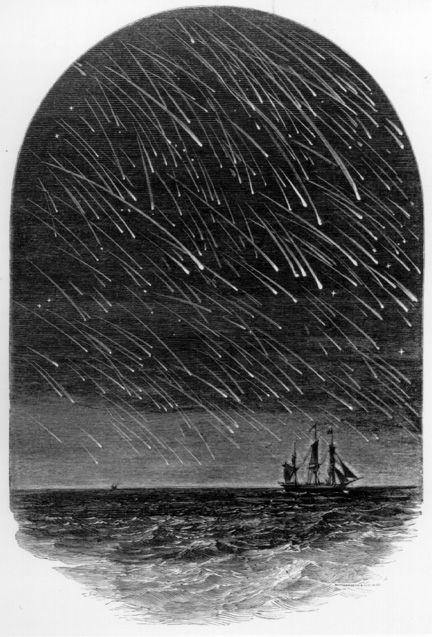 The single most recorded event in human history. The now universally called Cataclysm was a unparalleled astrological event that had devastating effects on the world. During the summer of 1803 the yearly meteor showers came on sooner and with even more spectacular showing of green fiery meteors then ever before.

Unlike previous years however, these meteors did not either burn up in the atmosphere or fly by our planet unheeded. Thousands of meteors crashed along the northern hemisphere; causing massive devastation. The most iconic of this is the sickly green smoke that accompanied the bombardment. It chocked the life from the land and spread sickness.

The Imperial Queen of the time instituted an Empire wide evacuation. Whole fleets both merchant and naval embarked for the southern colonies that the Empire now calls home. The ships were laden with goods, culture, money and citizens.

Other empires fled as well but in fewer numbers and none to as well established colonies, while others remained on southern coastal territories barely surviving the effects of the shower.

Ascendant campaigns can view previous versions of their pages, see what has changed (and who did it), and even restore old versions. It's like having a rewind button for your campaign.

We've already been saving your edits, so if you upgrade now you will have instant access to your previous versions. Plus, you get a 15-day free trial, so there's nothing to lose.

I'm sorry, but we no longer support this web browser. Please upgrade your browser or install Chrome or Firefox to enjoy the full functionality of this site.